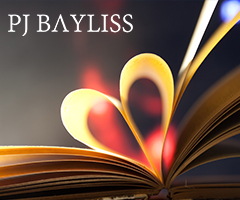 Finding Myself (Once again…)

I have been so busy decluttering my Social Media accounts lately. I know I’ve lost some connection in the process, but it’s a necessity  to ensure I don’t loose myself within this virtual reality cauldron of Applications’, Aliases, and Avatars’. Trust me, I am way too familiar with that situation…

I seriously should have known better than to let it get to this – I had four “surplus to requirement” Facebook accounts for starters! My contacts were spread over multiple e-mails and my favourite groups were hidden between various accounts. Each of them were created for a reason, well, at least there for a reason initially. Mainly to protect myself, family, and others from the prying eyes of those whom have nothing else better to do than to judge others.

But I gave up being judged a while ago now. Maybe that’s why I ended up in this situation?

When used right, Social Media channels can really change your life for the better. We’ve all seen those viral videos of the latest magician, singer, or talent that blows everyone away. Fame & fortune can be won in a a heartbeat through a YouTube clip. Customers that lives worlds away suddenly become accessible at your very fingertips. So it’s clear, there is plenty of good aspects within these tools, right?

Unfortunately there’s a bad side too that I’m sure everybody is aware of. Typically we learn about celebrities who have fallen victim to cyber bullying, or maybe the outcast teenager in the local news. It’s usually a tragedy of some sort that brings it to our attention, but what if it is slowly happening right before your own eyes?

Would you seriously recognise the inevitable tragedy if it was too close to you? Would it seem strange that they’re using every passing moment to reach for the phone and swiping the screen to catch up on the latest news or events? How would you determine that they’re completely lost, or maybe loosing themselves to the psychological depths of the virtual internet world?

The answer is you probably wouldn’t. And people in this problem aren’t identified before it’s too late. We know this because the news headlines prove it everyday.

My reality check came from my kids one day. Number #1 asked me if “I would ever finish work?” one day because I’m always on the computer when I get home. He didn’t realise that I was attempting to add another book to Amazon Kindle, but that didn’t matter anyway. His point was valid regardless and I had been neglecting him, so I put my laptop down.

I mentioned this to a local neighbour who shuddered at the problem. She explained to me how she’d been to hell and back through Facebook and had fallen to it’s charm to the detriment of her sanity & health. She was once a compulsive user, checking the screen whenever she could, and often spending the entire evening scrolling through the screen while the family watched TV. She justified it in her mind as being her form of relaxation and alternative to the program being watched. Fact was, she could barely spend a moment alone without taking a look at it the latest status updates.

Slowly she became emotionally separated from her husband and would often join him in bed hours after he’d gone to sleep because she was too busy online. There was nothing sinister in her browsing, but it gradually wedged the couple apart to a point where they barely talked anymore. Something had changed, but even she couldn’t work out what.

No one ever bothers to look

The gravity of my situation started to become clear several months ago. I was firmly lodging a wedge between myself & my family with all of my online tools. The blog was first to go until I could figure this thing out a little more. Then the e-mail subscriptions and clutter from my inbox was targeted, during which I deleted a heap of accounts and unsubscribed from various services. Immediately everything started to settle down and I could finally sleep peacefully.

So obviously the blog has started to come back; a little cleaner this time and maybe with less frequent posts. I’ve only just removed unwanted FB accounts and the clean-up process is continuing. I don’t know what it’ll look like when I’m done, but it sure feels good having the Social Media tools work for you rather than against you.

If you ever feel a bit lost or out of place in this crazy little world we call the Internet, just remember: If you never appear to be lost, then no one will come looking for you.

← To wrap, or not to wrap? Protect Your Breasts →